With this latest interview in our Design Around the World series, meet Turbo, an independent design studio and creative space in Amman, Jordan.

But a young design community, fresh-eyed and still finding its footing in the world, has its own unique challenges and opportunities. So is the case for Amman, Jordan's capital. Here we talk with Turbo founders Mothanna and Saeed about Amman's burgeoning design scene, the creative space they carved out in the middle of it and their efforts to push boundaries in their community.

First, let's talk about your studio. Who is the team behind Turbo and why did you decide to open a graphic design studio?

Both Mothanna Hussein and I founded Turbo together and we continue to be the sole team behind its creations. We are both graphic designers who have been working in the design field for the past 13 years. The decision to establish Turbo was fueled by two reasons:

First, we have both had enough of working in companies where we could not make final decisions or push the boundaries regarding graphic design and general design trends with clients. In addition, there is a general lack of smaller design studios producing well-thought out, wholesome design.

Second, we fell in love with our space when we found it, although it was technically a dump that hadn't been used since the eighties. We felt that once renovated, it could go beyond a typical design studio and give us space to combine work and play.

Tell us a bit about the design community in Amman. I read the city is very open and creative, and many young people seek to live there. Yet it seems like the design scene is still fairly new. What are the advantages and disadvantages of living in a city with a young design scene?

The design scene is still young but quite promising. That said, there are some great designers who have been around for quite some time. In recent years, the rise of Instagram and other social media platforms has brought lots of different talent, both old and new, into the limelight.

An advantage is probably that the scene still has a way to go to reach a certain level of saturation and experimentation, so it is fertile ground. Then again, sometimes a certain level of competition is necessary to push everyone forward and evolve — which as things stand right now, is still lacking.

Turbo clearly contributes to that evolution. You participate in Amman Design Week (now in its second year) and host design events and exhibitions yourself in the Turbo space.

Are others out there making an effort to build the community? Do other events and platforms exist in Jordan that help you connect with other designers?

Social media is where one would get to know about other designers, illustrators and makers. As far as events go, from general exhibitions and performances, we get to meet other people in the creative scene. But then again, the scene is quite small and everyone knows each other. Amman is where most activity is when it comes to the arts and design scene.

The area where the studio is located, which is one of the oldest streets in the capital, and the conditions that we found it in were the major reasons behind other people’s skepticism. We heard a lot of “risky,” and “silly” and “why?” Many of those naysayers have since changed their minds, especially once we were done fixing up the space and started hosting different exhibitions, print sales and general pop-ups.

What are the job opportunities available for designers in Jordan right now?

Although more and more dedicated graphic design studios are getting established, a lot of designers have opted-out of working in offices and have been freelancing. Or they freelance on the side of a more corporate job, since big advertising agencies are a place where many designers would start their careers in Jordan.

It is still difficult for smaller studios to sustain stability in a small-ish market where well-paying clients usually choose to work with big advertising agencies.

How would you describe the design coming out of Amman and Jordan overall right now? Does your culture or environment influence your design in any specific way?

It does, and probably subconsciously. The design coming out of Amman is quite good but again, worthwhile and well-executed design, or even design with a more experimental edge, is still being produced by a small number of individuals and studios for smaller events and clients.

What is design education like in Jordan? Do most designers seek a formal education within the country or overseas? Or do you see many successful designers who are self-taught as well?

Yes, most designers will seek formal education whether here in Jordan or overseas. Graphic design courses have been improving in the past couple of years judging by the grad shows we attend at times. With that said, there are also some with no formal education who are self-taught. Saeed, for example.

What would you say are unique challenges for designers in your community right now?

For many, especially with the current economic situation, design becomes a luxury of sorts. In addition, good graphic design is still undervalued and not fully understood. In many instances, this leads a client to go with a design studio or designer solely based on their price offer.

There is also a fundamental problem which might not be specific to Amman or Jordan. It’s a combination of design being a visual field where personal taste will always come into play (“I like blue”), and the lack of professional trust and understanding when it comes to the client/designer relationship. One does not often argue with a doctor over a diagnosis.

"The day you stop pushing boundaries, whether yours or the client's, is the day you should quit."

We've heard from others in the series who said design is considered a luxury in their country. While that may not be the case generally in the West, uneducated clients can definitely have an impact on our work.

How do you deal with these challenges and how can designers work to change them? In the meantime, are you forced to compromise in any specific ways?

It is a challenge, but we believe that part of our work as designers is to inform and educate the client about the design process and what happens behind the scenes. Either in presentation form or an actual meeting, we would try to explain why and how we reached a certain approach, or why we have opted for one approach and not another.

We think it is of the utmost importance for designers to try and push the expectations of their clients. Work produced with the goal of simply pleasing the client comes out quite bland and lacks character. The day you stop pushing boundaries, whether yours or the client's, is the day you should quit.

In regards to compromise, the compromise is usually in the pricing. Choosing the safer option would make our lives quite easier in many instances, but even when we try, we cannot get ourselves to do it. At the end of the day, the project will come out under our studio's name.

As the world is getting smaller with the help of the internet, working with international clients is very common. Do you work with mostly international or local clients, or is it a mix? And do businesses work with local designers or seek agencies outside the country?

It is a mix of both, and yes, most local businesses work with local designers and studios.

Being located in a part of the world where conflict and unrest often make international headlines, do you notice any stigma or frustrating stereotypes when connecting with clients or others outside the Middle East?

Not so much stigma as a bad local economic situation, which eventually will play a part in the amount of work one gets.

Economy certainly plays a large part. I know Jordan presents other challenges as well, like water scarcity and a lack of other resources.

What would you say these are unique topics on the mind of designers in Jordan today? For example, is environmentally friendly design a common discussion?

Yes, it is. Seeing what the past two Amman Design Weeks had on display, environmentally friendly design and using design and technology to raise awareness have been a point of focus, from interactive displays and installations to recyclable packaging and materials.

With that said, we as a country have many more problems and needs to attend to before environmentally friendly design becomes a priority.

"In Jordan, word of mouth is king."

How much impact does your social media presence have on getting new clients and self-promotion in general?

For us, social media attracts an international clientele. In Jordan, word of mouth is king.

What does good design mean to Turbo?

Good design is honest, communicative, and pushes boundaries and expectations.

In your opinion, what are the top 5-10 design studios from Jordan that everyone who might be not familiar with Jordan’s design community should know?

Both of us still do our solo projects, so you can check out some personal work here:

And here are some local designers:

How can all designers and design communities from other countries do a better job of communicating with each other? How can we become more engaged with the Jordan design community? Are there any blogs or specific magazines we can follow?

Not sure how that can be achieved, although it would be quite nice. In regards to Amman, Amman Design Week would be a good place to start, seeing it combines and showcases design from many design fields, whether it's graphic, product, furniture or installation design.

Daftar Asfar (Yellow Notebook) was a project where different artists, designers or illustrators from the region would pass one notebook around, and two different people would complete each other’s work on a single spread of the notebook.

In addition to that, the 100 Best Arabic Posters exhibition/competition is a good place to get to know designers from the region.

A mural in your space reads “Yes Yes.” What does it mean?

There is no meaning behind it. It was a spur of the moment thing that a friend of ours came up with and was conceived and produced in the span of an hour. The calligraphy itself was produced by master calligrapher Hassan Kanaan who we work with often. It is funny – when sitting in the studio, you keep hearing passers-by read it aloud.

Thank you for sharing your experience with us, Mothanna and Saeed. I admire what you're doing in Amman and hope to check it out the studio in person someday. In the meantime, I'll be following your work and reading up on the other resources you shared. Readers, be sure to check out Turbo's site and follow along with their work on Instagram. 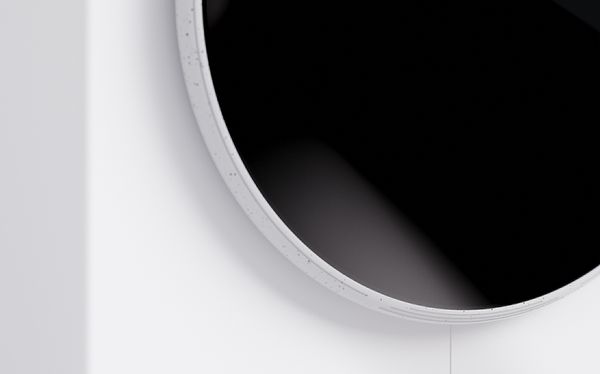