They were all over the internet: Images of deep space, revealing thousands of distant galaxies, twinkling in vivid detail. They were beautiful. Full-spectrum color. Never seen before – except they were.

If you live in a relatively modern environment, you’ve seen variations of these images countless times before. Some real, some not, most edited. We’ve seen pictures of space so often, from intergalactic movies to our friends’ Instagram stories, that the visual is commonplace.

“Isn’t this incredible?” we asked each other, staring at the cosmos as depicted by the Webb telescope. “Can you believe this is real?” The answer, for most of us, is no. Sure, we accept that a vast universe exists beyond what we can see, because astronauts and scientists have told us so for hundreds of years. But this black void, beset with glistening galaxies and cosmic clouds, is so prevalent, the visual has little effect or meaning. Despite our best efforts to conjure up an emotional reaction, it’s just one of a thousand other images we’ll swipe by on social media in a day.

The proliferation of beauty has anesthetized us to it.

Think of a field with rolling hills. Blue sky. White, fluffy clouds on the horizon. The greenest grass you’ve ever seen. Sounds beautiful, right? Sounds more like a desktop background. We all grew up with Microsoft's default wallpaper. We saw it every time we booted up, saturation cranked to the max. “It looks like a postcard,” we might have said 20 years ago. Forgetting that a postcard, or a desktop background, or an Instagram story, is a snapshot of real life. We see images like this so often online, a beautiful nature scene now feels like a simulation.

We are overloaded with digital imagery. The internet has delivered the world to us on a silver platter, from the glacial landscapes of Greenland to the cracks lining the Sahara desert. We’ve seen the deep ocean, microscopic bacteria, the insides of our own bodies. Technology has captured and exposed us to increasingly realistic imagery, at increasing volume.

"At the very most, we reach for our phones to capture it for our followers, then walk away."

And a lot of those images are artificial. Any idiot with Photoshop can adjust an image to make it whatever he wants it to be. Every day Twitter issues a correction that a viral image was in fact, digitally altered. Even NASA’s genuine photographs of space are digitally edited to highlight details and make them understandable to the human eye. "Fake news” is already so overplayed, the term itself is dubious. Not only do we struggle to connect with beauty, we no longer trust it.

See a rainbow. See a sunset. See the Sistine Chapel. See Mount Everest. All of it is so close within reach, projected our brains since childhood, our eyes glaze over. We're unable to internalize its beauty, grasp its vastness or appreciate its wonder. At the very most, we reach for our phones to capture it for our followers, then walk away.

The effect is similar in the world of art and design. We’ve taken specific styles so far, we’ve overdone them to the point of exhaustion. I was recently researching vintage Americana design, inspired by union-made clothing labels from the 60s. The labels were intricate and lovely, with detailed lettering on high quality material. Yet, to me, it sadly looked cliché. This was the earliest version of this type of lettering, the original design in this style. Yet it’s been so overused in America it now looks like cheap stock design. The same is true for the world’s greatest artistic works: Starry Night by van Gogh. The Mona Lisa da Vinci. Matisse’s colorful style. Monet’s impressionist pieces. Masterpieces cheapened by mass production.

Technology and social media aside, this is the nature of overexposure. A sunrise to a farmer is old hat. The Great Pyramids are a snooze for the tour guide. If we were awestruck by beauty every time it was presented to us, it wouldn’t feel so awesome. Perhaps we ask ourselves, when going through a day: What if this were the first time I were seeing this? What if it were the last? Or maybe, rather than forcing a feeling or waxing philosophical, we could simply be alert and open to new perspectives. 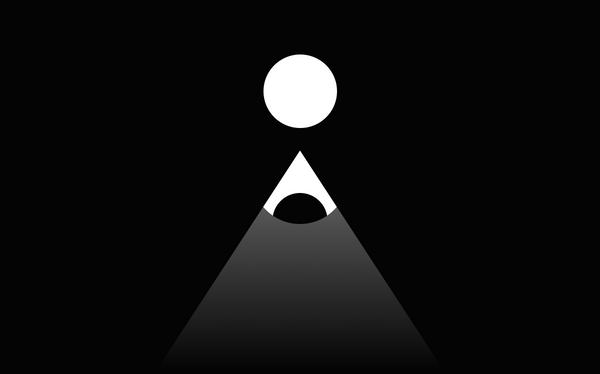 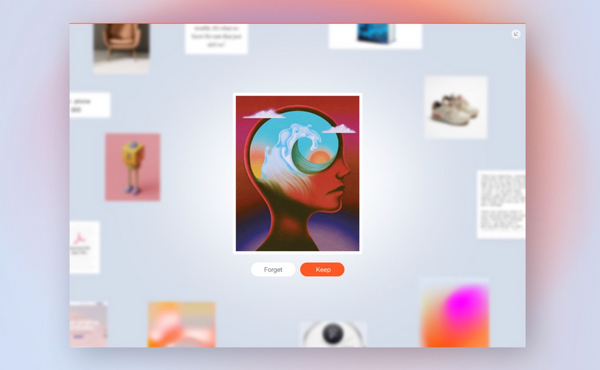 Clear my mind: A serendipitous way to refresh your memory