The dilemma of form follows function

It’s an extreme statement, but Sagmeister, co-founder of the renowned design firm Sagmeister & Walsh, feels strongly about our obsession with function and disregard of beauty in design.

(The following conversation is part of a one hour podcast interview on the NTMY show. You can listen to the full episode right here.)

“I think it’s a gigantic mistake,” he says. “I think we will reach a time, pretty soon, when we will look back on this idea of pure functionality and think, “Were we nuts? Were we crazy? Were we completely out of our mind? Like how could we even think that would be good?”

In the meantime, we are convinced that it’s good. Function comes first, whether you’re designing a building or a website. Beauty is considered inefficient, shallow or excessive.

But this is not who we are.

Look at the stone ax, designed millions of years ago. The earliest human beings created the tool, every one of them completely symmetrical, because we liked it that way, Sagmeister explains.

Even before had language, we knew beauty.

“This is in us, it’s part of being human,” Sagmeister says. “And the shit we are making now that is only functional is actually inhuman, meaning not made for human beings. This is not who we are.”

So where did we lose our way? Fast forward to somewhere around the 20th century.

Modernism fucked us up.

“Form follows function.” We can thank American architect Louis Sullivan for that one. It means an object should be designed according to its purpose – a reasonable enough idea, and one that’s had a big influence on today’s design as we know it. Sullivan is often called “The father of the modernism” for how he shaped our way of thinking in the 20th century.

But we can blame a different architect for taking things one step too far: Meet Adolf Loos.

Loos lived in Austria during a period of historicism. Nothing was new. People were designing the way they’d seen it done in history.

“You’ll see it in Vienna, where the Opera is Renaissance and the mayor’s office is Gothic and the parliament is Greek; it’s all built within decades on the same street,” says Sagmeister. “And Adolf Loos said, ‘Fuck this. This is awful. We have to create our own thing,’ which made a lot of sense at the time.”

Loos wrote a piece titled “Ornament and Crime,” which said it’s criminal to spend time adding ornamentation to an object when it will eventually go out of style. He said we could only become civilized and modern once we were free from ornament. The Bauhaus school of art ran with the idea, taking it to a more extreme level. Everything became clean, bare, functional. Even Loos didn’t identify with it. Bauhaus’s idea of design fit well into economic times and soon enough, everyone was making things to function as tightly as possible.

At the height of this modernist movement in architecture, we see the insane industrialization of the Soviet Union with its “make it fast, make it work” mentality. Sagmeister estimates 250 million apartments churned out by Soviet Union during this time.

“That’s like a billion people living in these shit holes that were only made to function, but did one thing [poorly], which was functioning.

Nobody wanted to live in them; they were not really fit for human endeavors.”

We got so carried away with the idea of functionality, we lost sight of who we were designing for in the first place: humans.

“The crap that’s happening now online or in tech that’s concentrated on functioning is exactly still the same idea as the Soviet building factories,” says Sagmeister. “It’s that same mindset – ‘let’s make it work’– but that’s not human, that’s not who were are.”

Humans connect to the world through emotion. And design without beauty is void of emotion. We cannot resonate with it. We cannot exist happily in it.

Without beauty, we fail.

“I am absolutely, 100% convinced that the people who really figure out how to do something online that’s actually beautiful – which I don’t think really exists in the same way as it exists even in tech products – I think there will be unbelievable riches and incredible success associated with it.”

Even Apple, a company that takes beauty seriously, hasn’t figured this out yet.

“The light that I see, the light many consumers have when they unpack an iPhone, is not matched on the Apple site online.”

Sagmeister believes this contributed to Google Glass’s failure. It wasn’t beautiful. Google promised adventure, knowledge, progress – if you’d just mount this computer on your head that “makes you look like a dick on a Segway,” in designer Marc Newson’s words. The glasses could have made you fly for all people cared, but we couldn’t see ourselves wearing them in public.

“This whole idea that beauty is skin deep and surface-like is kind of stupid,” Sagmeister says. “That’s a very deeply stupid idea. There is an unbelievable function in beauty.”

Take High Line in New York City, for example. This public park, repurposed from an old railroad line elevated above the city, is one of the most beloved spots in New York. Sagmeister points out that the High Line, with its landscaped plants and thoughtful architecture, was clearly designed with an eye on beauty.

And while the design is of its time – you might see hints of 2012 in the form of the benches, perhaps  – its beauty serves enough purpose. Despite the millions of people who visit each year, there has not been a report of any major crime on the High Line since it was created. No thefts, no violence, no problems.

“It’s a function of the beauty of it,” Sagmeister says. “If they would have done it crappily and quickly and value engineered like every other thing is value engineered in this country and around the world, that would not have happened. So it’s a direct function of it.”

You can see beauty’s function in another lovely little thing, a live map of Manhattan created by  the New England Complex System Institute. An algorithm analyzes Twitter messages across Manhattan to generate a colored map showing the sentiment of each area in real time. Red = negative. Green = positive.

“As you know there are two major train stations in Manhattan,” says Sagmeister. “There is Penn station, which is ugly. There is Grand Central, which is beautiful.” 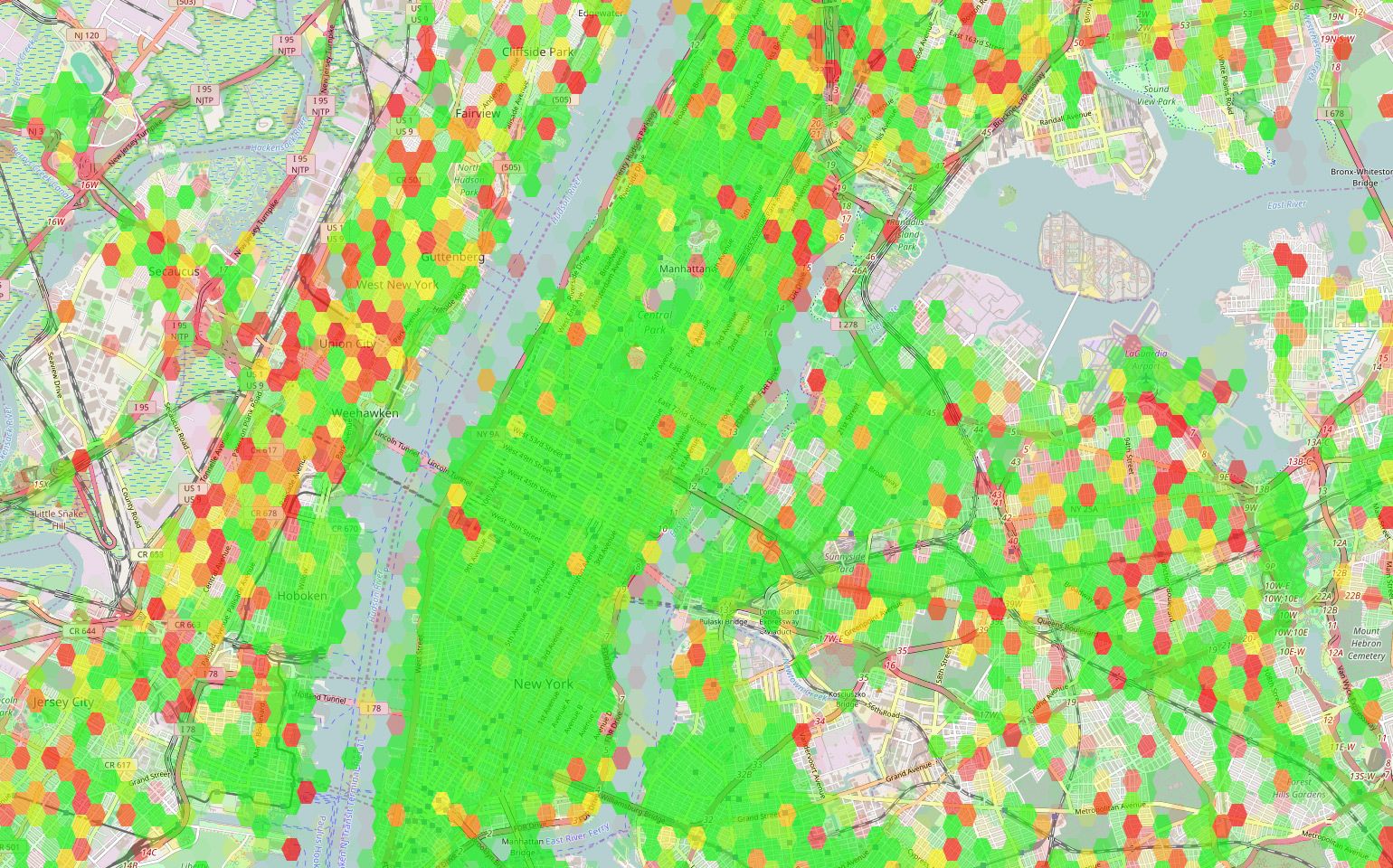 At any given time you can check the map to see Penn Station is red. Grand Central Station is always green. That’s a direct function of beauty.

The difference, according to Sagmeister, is designing with love and care.

It’s about choosing to be thoughtful about your design.

If you are designing with love and care, you will naturally think about function. You will see detail and symmetry. You will consider what is useful or what is pleasing aesthetically. You will determine what is excessive. You will see what’s right.

If we care about what we’re making, we will make beautiful things.

It’s just who we are.