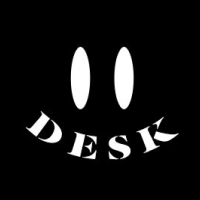 One of Nike’s most influential design teams is tucked away in the northwest corner of Nike’s 286-acre Portland, Oregon campus. They don’t make a single physical product.

Visitors to Nike Digital Design’s office last fall were greeted with a strange sound: the distinctive buzz of a small motor. What was that noise? It was the whir of the Nike Adapt BB lacing engine — you know, those Back to the Future shoes — tightening and loosening, over and over again. The team was beta testing one of Nike’s highest-profile shoes of the past ten years, answering the question: Now that Nike created the shoes, how would people control them?

The user experience for the world’s first digitally-connected shoe couldn’t end at the aglets. After all, connected shoes have to connect to something. Enter Nike Digital Design (NDD), a team within Nike tasked to design the app that would let consumers control the lacing, customize the lights, and check the batteries of their shoes — all from a smartphone. Where the physical shoe ends and the digital experience begins, Nike Digital Design is there to seamlessly blend the two.

The NDD team includes creatives with a wide range of backgrounds— digital product design, visual design, user experience, research, motion, copy and operations. Someone looking in from the outside might associate Nike with shoes and apparel, but those physical products are just the opening salvo for a host of new digital experiences. “We’re going through an incredible transformation, from the company we were, to the company we are — a direct-to-consumer company — powered by digital,” says Josh Moore, vice president, creative director of Nike Digital Design. ”We’re building a world-class team to get after it. And this new model puts digital at the forefront.”

The digital work coming out of the studio is split between teams in Portland, New York and Shanghai. As the team grows, Digital Design is taking on a wider variety of projects. “Our work covers everything within the Nike digital portfolio, including Nike.com, the Nike App, Nike Run Club, Nike Training Club, Adapt app and SNKRS app... even the digital retail tools that support our in-store teams,” says Mariana Bukvic, senior creative director for Digital Design Studio. “Our brand is all about helping people make sport a daily habit. And digital is an amazing way to do that.”

Often a consumer’s first experience with Nike isn’t a physical product at all; it’s through the Nike App, or taking that first run using Nike Run Club, or trying to cop the latest pair on SNKRS. “It’s so much more than e-commerce,” says Moore. “It’s about creating one-to-one relationships that serve consumers.”

Digital Design’s involvement with so many different aspects of the Nike digital portfolio means that creatives work on projects of all sizes — from small iterations of a user experience to the launch of brand-new digital product offerings. “We were asked to come up with the design strategy for Nike’s first ever subscription service,” says Euny Choi, a senior designer who worked on the launch of NTC Premium. “We wouldn’t have had the chance to give so much input anywhere else. It was challenging to consider what drives subscriptions and how users would see their progress. These were things we hadn’t focused on before, but it allowed us to pour our passion for training into the experience itself.”

But the team’s input doesn’t stop at design. Nike Master Trainers recently worked through an upcoming program for NTC Premium in the same building where the design team sits. “Not only were the trainers here testing their workouts for flow, they wanted us to do the workout with them,” says Choi.

Over the course of a workday, even when the weather is a Pacific Northwestern mix of clouds and drizzle, team members roll to work on their bikes, duck out for group runs to workshop NRC features, and hit one of the five gyms on campus, free to Nike employees. “It's important to have a passion for sport, because it helps you understand the design challenges better,” says Bukvic.

But the less sporty need not panic. Not every team member can run a four-minute mile. There’s just two of them. “Every time I run, I wonder if I’ll be able to keep up, but it’s impossible to not love a culture where you can leave at lunchtime and exercise together,” says Jenny Hu, a director of operations.

Nike isn’t just uniquely situated from a business perspective. It’s in a prime location for adventure-seekers too. Road cyclists can do repeats in the West Hills of Portland; trail runners and mountain bikers can explore the miles of singletrack in Forest Park; skiers and snowboarders are about 90 minutes from Mount Hood; and surfers can reach the wild and wooly Oregon coast in the same amount of time.

Mike Wood, a senior creative director who’s been with the team since the beginning, is a fan of it all: he lives in an Airstream on Sauvie Island in order to maximize his time outdoors. “Mountains, trees and trails,” says Wood. “I love recharging over the weekend because I come back on Monday full of inspiration,” he says. “Nike Digital Design is about connecting people to sport. So it’s important to me to get out there and connect in the same ways we’re asking our consumers to.”

The city of Portland is also key to the way a lot of team members stay creatively charged. Trendy restaurants and food carts specialize in everything from Texas brisket to vegan New Haven-style pizza; the music scene is loaded with artists at the start of their careers; and the community prizes anyone driven to create art, irrespective of form. “As a creative, living and working in Portland is refreshing. We have a tight-knit design community, but without the ego or pressure,” says Alexa Martinez, a senior designer. “It's a great place to get inspired and build relationships with other talented, creative people.”

The creative freedom given to designers back on campus also translates into less work being sent to agencies in San Francisco, New York and Los Angeles as more creatives join the team from those cities. “We went from outsourcing our digital experiences to agencies and partners — to having a super-talented team that does most of it in house,” says Moore. He’s clearly proud of what the team has accomplished since it started four years ago. “At the end of the day, we’re up here connecting people to the power of sport in new ways, through digital.”

If you're curious about working on Nike's digital products, check out Nike Digital Design jobs and be sure to connect with the Nike team on LinkedIn. Nazia Haque and Jill Hundenski would love to hear from you.