How to Survive as a European in NYC

In 2011, my partner and I moved to New York. Straight from Austria without knowing what to expect. It was not only my first time in New York or the US, but the first time I ever crossed an ocean.

Since then I fell in love with the city. But I noticed a lot of small little things that are very different compared to Austria or Germany where I grew up.

Here is what I learned:

To survive on the sidewalk and not bump into other people follow these simple rules:

a. Walk two times faster than you would normally do. Pretend you are overly confident and imagine you are going somewhere. You’re not just walking, you are marching towards a goal, you’re on a mission!

b. Hold a “latte to go” in your left hand, and your iPhone in your right. You can pretend to be on a call or just check your Tweets. You don’t need to look at the street in front of you, just keep your tempo and crowd will take care of you. It’s like magic. The moment you look out for other people or turn around, you will bump into someone.

c. Never stop walking, ever. It’s like a highway. If you just want to stand around doing nothing go to Times Square. Real New Yorkers don't go there.

Don’t smile at people on the street. Unless you are interested in “BUY GOLD CHEAP NOW!!!!” or people trying to change your religion. Avoid eye contact at all times. In the streets, and especially on the subway. While I find New Yorkers are generally very social and approachable, there seems to be a different set of rules on the subway train. Eye contact in a bar is totally fine, but on the train please mind your own business.

3. All doors seem broken at first

Doors lock and unlock the opposite way compared to Germany or Austria for example, which takes some time to get used to. In Germany you usually turn your key away from the direction of the lock to unlock a door. In NYC it’s exactly the other way around.

4. The subway, aka the Fight Club

The majority of people in New York are very polite and helpful. But when it comes to getting on the train from Brooklyn to Manhattan, they show no mercy. And no, not even the lady in her 80’s will make a difference. She needs to get on the train, and she will get on the train.

Being polite and letting other people on the train means missing five trains and never getting anywhere. So when it comes to catching a train, throw away your European manners because all that counts is YOU being on the train.

The hyped Magnolia Bakery is expensive and I don't think it's even good. And no, I never watched Sex and the City 😛

How complicated can it be? In Austria, tipping is voluntary and you usually only do it if your experience was beyond amazing. And even then, you just round up a few cents. In New York you should always tip at least 15–20% for food or riding a taxi. Technically it makes sense because service people in the U.S. rely on the 20% to make a living. The service fee is not included in their salary, like it is compared to most European countries.

Dining with 6+ friends means tipping is usually included on the final check. I know, it’s weird. That just means you don’t have to tip, otherwise you will tip 40%. Happened to me a lot. You would also assume that dining as a party would mean you get separate checks. But no, that would be too easy. Have fun going out with a group of seven friends for dinner.

A little trick I do is: On the check, they usually show the taxes below the final amount which is always 10%. Just take that amount, double it, and you know how much you need to tip.

I went to McDonald's maybe two times since I've lived in New York and got sick every time I went there. There is a huge difference in quality between European and American McDonalds. I had one of my first dates with my girlfriend in McDonalds in Austria, and I did not consider that a bad spot to pick for a date.

The heating system in most apartments is madness. Unless you are rich, or lucky to get an apartment in a new building, your heating essentially works at random and out of your control. That means, waking up at 3 a.m. sweating (even though it’s winter) and just leaving the windows open because there is no way to turn off the heating.

In most old buildings the heating is essentially controlled by one party in your building. In most cases that's the person who lives in the ground floor. So unless that person isn't freezing, you won't get any heat yourself.

Instead of just “Hi” or “Hello” like we say in Austria or Germany, here in New York people say “Hi, how are you?”.  That might be confusing at first, but you get used to it.

The trick is that you simply reply with, “I’m fine thanks, how are you?” Then the other person will say exactly the same and now you can FINALLY start your conversation, for example ordering that latte to go.

The important thing to know is that no one really wants to know how you are. Saying “how are you” is just a greeting, so you better not answer with how much of a shitty day you had, because that's awkward. No one really gives a fuck about how you are.

You pay with checks (cheques). For example your rent. Yes, checks. That old paper thingy we got rid of in Germany ages ago. But for some reason, signing a check each month and ripping it out of my checkbook makes me feel like a grown up from the 60’s.

Don’t even get me started on Fahrenheit. Even after seven years, I still don't understand any of it.  I have, however, converted one or two people to the metric system. SUCCESS!

12. Health is a luxury, apparently

When you go to the doctor in NYC, even if you have health insurance, you need to sign a paper that says, “Whatever you diagnose me with, I might have to pay for myself because my insurance might not cover it. But no one knows  just yet." In Germany it would just say: You’re covered.

PS: Health Insurance in NYC means everything except mouth and eyes, because thats apparently not part of your body. Yes, dental and vision plans are different from healthcare. I think we might be spoiled in Germany.

You’re sick a lot in the first year? That’s normal, your body is just adjusting to all the germs and dirt. At least that’s what my doctor told me.

Drugs are awesome. While in Germany or Austria you can’t get anything without getting a prescription. In NYC you can buy pretty strong pain killers, etc. right off the shelf. And with that I mean 200 tablets family packs for less than $10. Oh the possibilities!*

*I need to make sure to clearly tag this as irony. Drugs are not awesome.

Before moving to NYC, I did not know that cockroaches can grow to that size, nor did I know that they are almost indestructible. I lost many good, heavy books to killing cockroaches in our apartment last summer.

I also did not know what bed bugs are, nor that they can shut down entire neighborhoods within hours. Please don't Google it, just believe me.

If you want to get a classy yellow cab from Manhattan to Brooklyn, first stop the cab, enter it, and THEN tell the driver where you want to go. If you just open the door and say “I’d like to go to Brooklyn” chances are high that the cab driver will suddenly act like an alien that doesn’t understand english. If you are already in the car, they have to get you to your destination, by law. Most of them are just lazy.

Some very well established restaurants are “cash only” but have their own ATM inside the restaurant. YES! TECHNOLOGY! (I learned that the reason are credit card fees, and some restaurants just don't want to pay them, so they force you to pay with cash. Makes sense, to some extent.)

Until I moved to NYC I didn’t know that having a washer and dryer, or even dishwasher, is a luxury. Taking your clothes to the laundry service in your neighborhood is pretty normal. Most apartments either don’t have the space for a washer, or they don’t have the pipes to support them. Our bathroom certainly does not have either one of them. You can barely fit two people into it.

I never expected that I would wait three hours to get pancakes for my Sunday brunch. But then again, what pancakes wouldn’t be amazing after a three hour wait?

I learned that when you go to restaurants, there is a piece of paper on the outside that has a letter on it stating it’s health rating according to the government. A is the best rating, B you might consider going there, C I have yet to see myself.

Going into a restaurant without a rating or “Rating Pending” means doing so at your own risk. I learned this the hard way with my first bad food poisoning in my first year. But then again, my stomach wasn’t ready for NYC I guess. In Austria there might be bad places, but you would be able to tell right away from the outside, no rating needed.

When it snows, they call it BLIZZARD here in NYC. And when it’s windy it’s called a HURRICANE and it always has a cute name, such as Jonas, Tiffany or Pancake storm. In Austria, we just say “it’s snowing."

Now you might say, but Tobias, most of the things you mentioned above seem to be negative. Why do you live in New York?

Because it’s my new home. It’s the best city I ever lived in. New York is amazing. The people are driven, friendly, passionate and diverse. There is this feeling of energy on the street I haven’t found in any other city yet.

It’s a magical city and for everyone downside there are ten things more amazing about it.

I even wrote a book on How to move to New York. It's for those people who seriously consider moving to New York and walks you through all the details you need to know. From finding a job, calculating cost of living down to all things visa and getting settled in your first New York apartment. 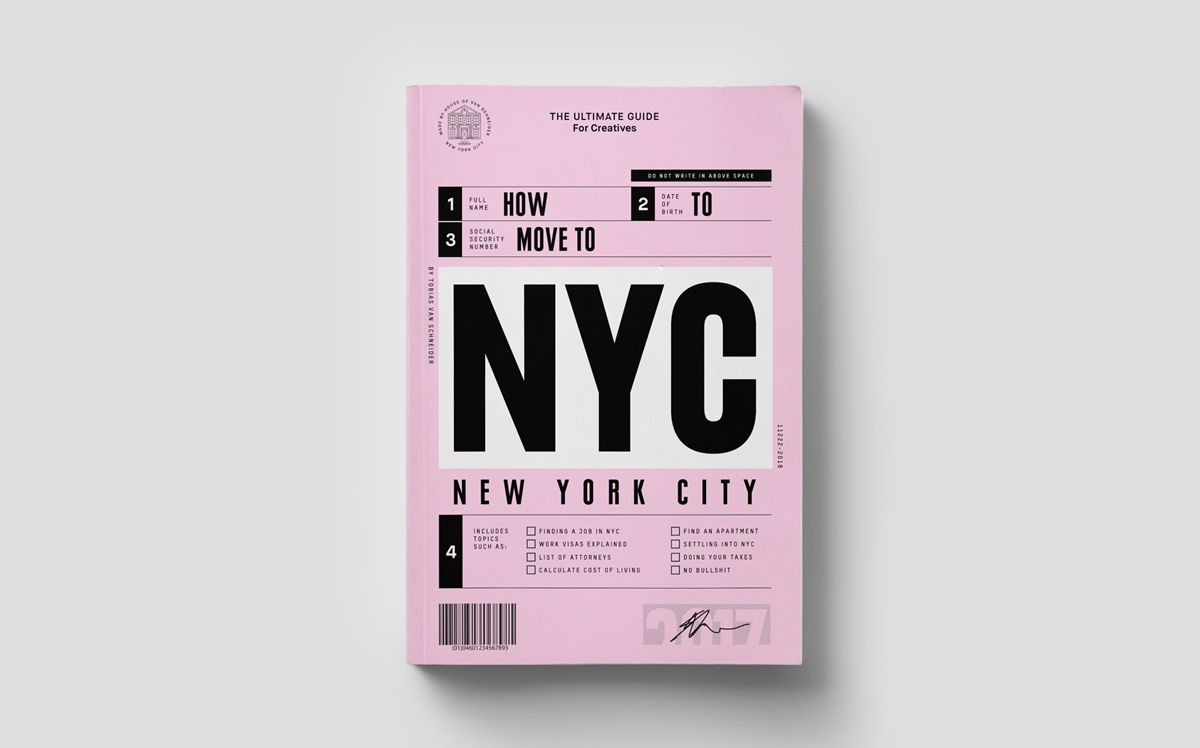 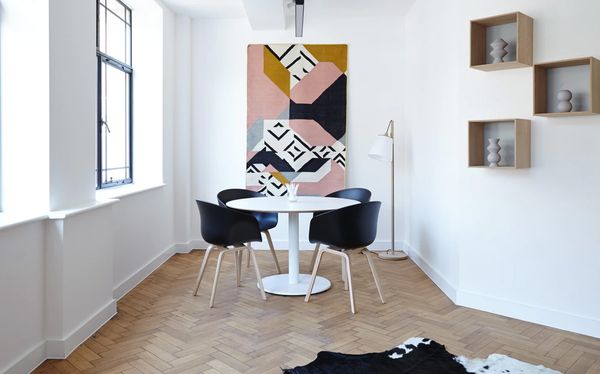 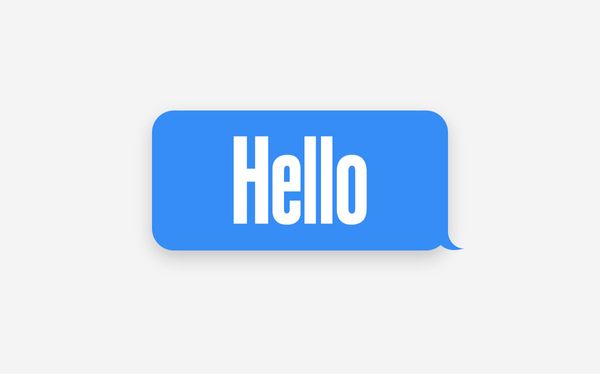