What I’ve Learned One Month Into My Design Internship 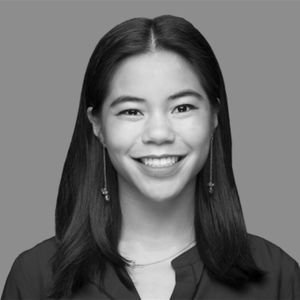 In late July, I accepted an offer for a three-month interactive design internship with House of van Schneider. Tobias was one of the first designers I started following on social media when I decided to pursue design as a career. I loved how personable he comes across on Twitter and ate up all the k

It’s weird to go from following your role model on social media one day to working with them the next, but I’m super grateful for this opportunity and couldn’t be enjoying my time more.

As of last week, I’m nearly one-third of the way done with my internship! I’m fortunate to have a patient team guiding me through it, who seem to be available on Slack 24/7. Since I am still quite fresh in the field of design, this first month has allowed me to learn a lot of basic hard skills and soft skills.

I know, some (or most) of y’all are in disbelief that I didn’t know this before but hey, I’m new. Since I picked up graphic design mainly through watching YouTube videos and asking designer friends to show me the ropes, I had worked primarily with Illustrator and had limited knowledge of other software. Photoshop had a pretty steep learning curve for me, but it’s proven to be great for creating quick mockups and manipulating graphics. Also, a personal win is that I finally understand how to use masks in Photoshop!

Since so many tools are available to designers now and it can get quite confusing, I’m still getting familiar with programs like Sketch or Adobe XD at this point. But the beauty of Photoshop is that it's incredibly versatile without any barriers to creativity. Even if the workflow isn't always ideal for digital design, it's a good tool to let your ideas run wild.

Contrast, hierarchy, and negative space can make or break a design

One of the hardest things I’m trying to overcome is filling up space with elements because I don’t know what else to do. I've learned that every design element should have a purpose, and yes, that includes the negative space. I’m learning that adding elements to a design with no purpose in mind usually means I’m not thinking about the visual hierarchy of elements in that graphic. A lack of visual hierarchy can make a design feel crowded, chaotic and confusing for the user.

As a designer, it’s my job to guide the user and help them easily understand the main message I want to communicate. Visual hierarchy, contrast and negative space help do this, but it’s deceptively difficult. I’ve had to hammer these principles into my head every day because it’s much harder to execute than it is to simply understand the principle.

"I’ve come to realize that I was limiting my creative potential with constraints I had unknowingly given myself."

Use feedback as momentum

It’s not easy to hear that my design missed the mark or that I need to give something a second try. Sometimes it’s also hard to not take feedback personally, especially if I spent hours working on a graphic only to have to redo it. But honest feedback (from someone who actually knows what they’re talking about) is one of the best ways to quickly learn how to get better at designing.

It’s been important to remind myself that sometimes my designs are going to be shitty, but that’s OK. I’m doing this internship so I can learn and become a better designer. I’d much rather receive honest and constructive feedback than hear I got it spot on with my first try. I’m here to grow, so instead of feeling stuck or defeated when I’m told to redo a task, I do my best to take the feedback and use it as momentum to make my next iteration better.

Working within constraints is a skill – just be sure you’re not making those constraints up.

I’ve been creating a lot of graphics for Semplice which has not only been fun, but practical as it’s teaching me how to work within the brand style. For example, even if I design a visually stunning and creative graphic, I may be told to rework it if it doesn’t fit in with the rest of Semplice’s graphics. The more I work with the team, the more I understand the Semplice style and how to deliver to that style rather than my own.

However, I’ve also come to realize that I was limiting my creative potential with constraints I had unknowingly given myself. Nobody told me I couldn’t manipulate that graphic or shorten that copy. I had just assumed I wasn’t allowed to. So to foster creativity and exploration, maybe the best approach is to create first and apologize later.

With the first month of my internship under my belt, I’m looking forward to getting faster and more efficient with my workflow, continuing to push my creative boundaries, and becoming more involved in the overall design process from conception to delivery.