The Introvert’s Guide to Networking in NYC

I can’t tell you how much I hate networking. Few things are more uncomfortable than walking around a big room shaking hands with strangers in suits. As soon as the first person asks, “So, what do you do?” I want to run straight out of the room. And don’t even ask me for a business card. I can guaran

As an introvert, networking is my worst nightmare – especially in New York where the invitations and events seem endless and overwhelming. I know, I’m being dramatic. Networking, of course, is just creating relationships and connections with other people. I network every day just by keeping up with my friends in person and online. Networking doesn’t have to mean attending some big event or sending a cold email, but when I first moved to NYC that was the easiest way to enter the design community and meet people. Since then, I’ve found a few ways to survive networking in NYC or anywhere. Here’s hoping these tricks help you too, fellow introverts.

I’m a huge fan of Twitter for making initial contact. If you move to New York and plan to work in the creative industry, Twitter is one of your most useful tools. Warming up before networking events or following up after is important, and Twitter makes it easy. Twitter is also less creepy or annoying than email, especially if you didn’t exchange contact information at the event.

In most cases, you can check the event website or Facebook page prior to the event to see who’s attending. Find the three most interesting people (most interesting to you, that is) on that page and send them a quick Tweet, saying: “Hey, I saw you’re going to XYZ event next week. I’m coming too. Looking forward to meeting you.”

After the event, go through the list of attendees and send those you met a quick tweet like: “Hey Susan, great meeting you at XYZ event the other day” or “Hey Rob, I saw you at XYZ event. Sad we didn’t get a chance to talk, but hopefully next time.”

Twitter with its limited characters feels just way more casual and easy than sending an email or connecting via LinkedIn. I've met hundreds of people via Twitter and I'd say the majority of job opportunities came through those connections, far more than I ever got from networks such as Dribbble or LinkedIn. Twitter is a powerhouse for networking, if used correctly.

What to Do During Cocktail Hour

Call it what you what: meet and greet, cocktail hour, mingling. Those minutes before or after the scheduled activities might the worst part of the event, no matter how many cocktails are involved. You’re just standing in some corner, shifting from one foot to another, hoping someone approaches you before you have to approach them. If you’re brave, you might walk up to some circle of people and nod along like you’re part of the conversation while you cry inside.

My advice: Find that other person in the room who looks as uncomfortable and awkward as you feel. They’re pretty easy to spot: Hovering by the snack table, staring at their phone like it’s showing them the most important thing in the world, glancing nervously at the door like they might bolt at any minute. That person is your friend. Go introduce yourself. Spare yourselves both the misery of formality and just crack a joke about how terrible these things are. Hey look, you’re talking to someone. You’re networking!

How to Make a Swift Exit

I can’t tell you how many networking events I’ve slipped out of in an effort to avoid a panic attack.

Of course, the easiest way to sneak out of an event unnoticed is to wait for a scheduled break when everyone’s up out of their seats, then walk out of the room and never come back. Do not run screaming or you’ll give yourself away.

My point is: It is absolutely okay to leave a networking event. I've left many, even those where I got a personal invite from the organizer. If you feel just way too uncomfortable, or if you feel like the vibe just isn't yours, don't force yourself to stay.

How to Network Over Email

Email is a little harder than Twitter because it’s more personal and can come off as annoying. However, email is still one of the most effective tools for networking and finding a job. I've collected couple tips to help you write emails to busy people and get the response you want. Trust me, I've tested all of them and they work. A well written email can mean the difference.

How to Use LinkedIn

Despite its reputation in the creative industry, LinkedIn can be quite useful for networking and especially for getting new clients and keep relationships active with older clients. Check out this article we wrote about using LinkedIn, specifically as a designer or developer.

Get More from the Let’s Go To NYC Guide

I share a lot more about making a career and life in NYC (and provide a list of the best networking events for creatives in the city) in my ebook, Let’s Go to NYC . Get the book to learn how to find an internship or job in New York, how to get a US visa (if moving from outside the States) finding your apartment and lots more.

PS: Please only get the ebook if you're seriously interested in moving to NYC, the ebook is very practical with a step by step approach. 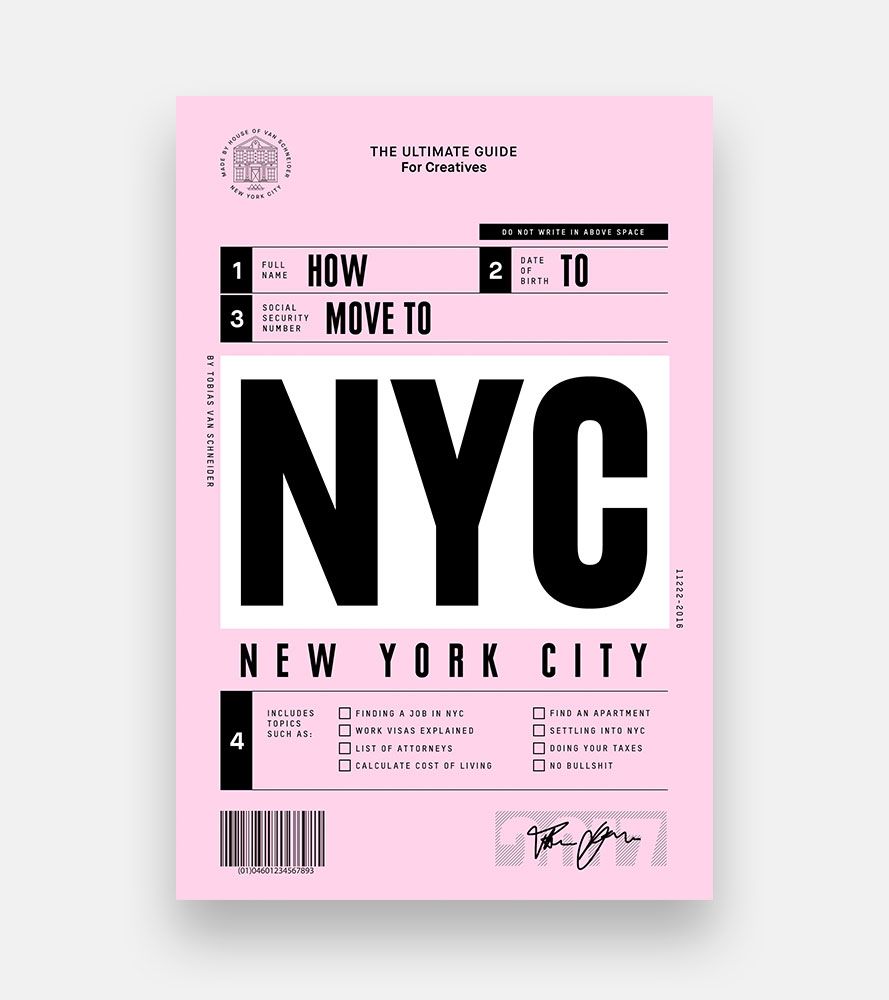