You remember the days. When you anticipated a new album like a child on Christmas Eve. Or when Disney placed their special feature films “in the vault” before reissuing them 10 years later. Or when Black Friday actually offered exclusive, valuable deals worth standing in line for.

There was a time when hype was used strategically. It worked, within a delicate balance, to stir a community and sell special or limited offerings. When done well, it delighted passionate consumers and strengthened their loyalty to a brand.

But somewhere along the way, hype became the default marketing strategy.

Everything depends on hype now, no matter the company or what they’re selling. Walmart is dropping limited edition toothpaste. Your local bodega wants you to cop their signature breakfast sandwich. You now have to jump through a series of hoops just for the chance to buy front-row tickets to an artist’s show.

Hype has almost become a parody of itself. But it’s still working because there’s an audience for it. The internet makes it work. Our local ice cream shop posts an Instagram story around their small batch gelato drop and the line’s around the corner before 9am. Enough influencers use the same limited edition makeup product and every one of their followers need it too. The phrase “watch this space” has been adopted by everyone from artists selling NFTs on Twitter, to agencies publishing a case study of their latest social media campaign. Hype is now the language we speak.

I’m conflicted about it as a business owner, because it’s tempting (and rewarding) to take part in the hype. You could launch your product the regular way, with an announcement and some general fanfare. Or you could create a waitlist and use the months leading up to your launch to amp the anticipation. Send special invites to influencers. Get people to sign up and await their invite, make them feel like they’re part of an inner circle. Get them curious, riled up and – most importantly – make them feel like they’re in danger of missing out, and you have the perfect recipe for sales.

Limited supply! The only time this will ever happen! Only 20 spots left! An exclusive collaboration!

Everything is so hyped, it’s all starting to sound like noise.

The business of hype plays on our innate nature as humans. We want to feel like we’re on the inside. I assume that’s survival instinct – if you weren’t on the inside back in caveman days, you’re literally freezing to death outside in the cold. Today, it’s not a life or death situation most of the time, but it sure feels like it. If we miss out on that Nike x Drake sweatshirt collab (only 315 pieces made!), we’ll simply die.

“We read the words ‘exclusive’ and ‘limited’  and our reptile brain takes over.”

Today brands have to create artificial scarcity to create hype. They could just as easily make 2,000 sweatshirts, but it wouldn’t feel as special. We want to know we’re one of only a handful of people who have it. We might not even wear it, but knowing it's tucked in our closet gives us satisfaction.

We felt the same way as children collecting our baseball or Pokemon cards, but there was a purity to it then that I don’t feel now. Now it’s not just baseball cards, a special hobby that brings us unique joy. It’s everything. Our saucepans, razors, vacuum cleaners, dog food, socks. If you don’t own the hyped version, you’re not doing it right. And if, as the business, you’re not selling some special, exclusive version of your product, how will you stand out in the market?

We’ve reached a point, thanks to the internet and its algorithms, where everyone and everything has morphed and flattened into the same thing. And in that world, FOMO is a powerful tool.

Create something that people need to feel they are part of, something they need to fit in, and you will succeed.

We don’t even notice it, because we’re so deep in it. The other day, I saw an ad that read “ORDER NOW, BEFORE THE BLACK FRIDAY SHORTAGES.” We’re at the point of hyping the hype. Black Friday, a holiday dedicated to hype, is now extended. By creating anticipation around the hype, you’ve just doubled your sales. Instead of, you know, creating enough supply to meet the expected demand.

Hype is a device. It’s all made it up. We read the words “exclusive” and “limited” and our reptile brain takes over. The first to get the fly lives another day.

Right now, hype is necessary. Without it, you’re not on anyone’s radar. We have too many options, so if you want us to buy your dish soap, it had better be made in collaboration with Adele. What’s sad is that dish soap likely isn’t any better quality than our usual dish soap we spent half the money on. We are fooled into thinking our unique purchase means higher quality, when we spent the extra money on the hype alone. We know that of course, but not in the moment of fighting against FOMO and the urge to jump in.

The question is, how long can we sustain it? At what point will the hype eat itself, when we’re so used to being battered with drops and collabs and special editions, nothing feels so special anymore? Hype existed before as a delicate balance. It only worked because there was enough of the normal, the standard, the even plane. When everything is spiking on the graph, the spike becomes the baseline.

It’s almost refreshing, at this point, to visit a simple grocery store and buy a standard, no-name shampoo off the shelf. It feels subversive, like you’re secretly cheating the system. 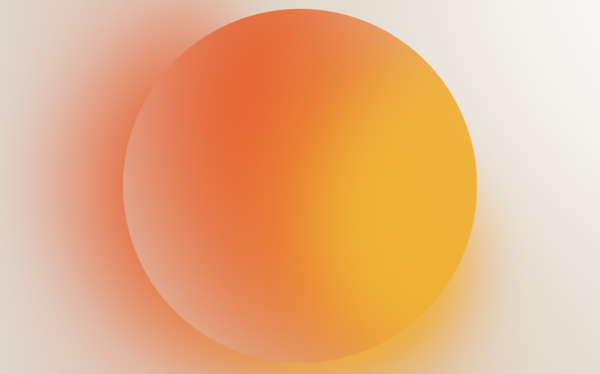