Why you should change your mind

But when it comes to bigger decisions or anything related to our identity or profession, changing our mind happens much less frequently. Generally we believe that this is a good thing, “sticking to our core values” as we like to call it.

Once we made a decision, we like to stick with it. We’re consistent and reliable in the eye of not only ourselves, but everyone.

We carefully considered all options and formed our opinion. We are trustworthy and true to ourselves. At least thats what we think.

But if we do change our mind, it’s difficult and often seen as something negative, especially if it affects other people around us.

It might also suggest that we lack in confidence, even more so if we are or strive to be in a position of leadership.

This pressure leads us to strive for consistency, often just for the sake of consistency and nothing else. Even if it would make no sense at all, we would rather see someone being consistent, than changing their mind. Isn’t that weird?

It’s a dangerous mix of not wanting to disappoint and personal pride that keeps us from changing our mind when it’s most needed.

A couple years ago, I never changed my mind. Because if a client hires me as a design professional, how does it look if I change my mind halfway through the project? Isn’t the saying that “real men keep their word?"

This is something we all battle with, at least I do. Is it OK to change my mind? Or should I be consistent and stick with my original choice, just for the sake of perfect perception?

Only over the years I learned that changing our minds is actually something positive, if done the right way.

Jeff Bezos once said that people who are right a lot often change their minds. Smart people revise their decisions because they gathered new information that wasn’t there before.

Steve Jobs, another perfect example. We always put Steve Jobs on a pedestal. We like to think of him as the all knowing master of personal computing and good product design.

But in fact, Steve Jobs was famous for changing his mind frequently, often within days. He would say one thing, and the next day say the complete opposite.

In an interview Tim Cook said:

“Steve would flip on something so fast that you would forget that he was the one taking the 180 degree polar opposite position the day before."

A different example is Barack Obama in 2004 when he stated: “What I believe is that marriage is between a man and a woman” saying he is against gay marriage.

Only a couple years later he changed his opinion to:

“At a certain point, I’ve just concluded that for me personally it is important for me to go ahead and affirm that I think same-sex couples should be able to get married.”

It takes courage to change your mind. New data or information can help us change our mind when it comes to our day to day decisions.

But changing your mind on big ideas such as religion or other moral topics that are deeply engraved in your belief system is not that easy.

After all, the sum of our decisions and actions defines us as human beings. Big ideas and religion are the pillars of our identity. Everything that suggests something different serves as immediate threat to our identity.

Changing our mind on something work related because we obtained new data like Jeff Bezos takes courage but makes sense. We can use new data & information to articulate our case on why we changed our opinion.

Changing our minds on something like gay marriage as Barack Obama did isn’t driven by data. It’s driven by something bigger and much more complex we might not fully understand.

It’s about personal stories & emotional experiences, something much harder to articulate to others when trying to make our case on why we changed our mind.

Over the years I learned how to deal with these things myself. Since then, I changed my mind many times. Upsetting other people in the process happened as a result, but ultimately always turned out to be the right decision.

I learned that changing my mind is actually a good thing if done the right way.

1. I only change my mind when I have new data available that supports my new thinking, or strong emotional experiences that altered my opinion.

2. To change my mind I need to make a good case for WHY I changed it so people around me can follow. We know that changing our mind will harm our reputation in any case. So all it comes down to is minimizing the damage.

Think of it this way: If for the longest time you always said BLUE is your favorite color, people around you with the same favorite color supported you. This is called the confirmation bias. We tend to agree with people who share similar beliefs as ourselves.

Now, if you suddenly say RED instead of blue, everyone around you will see it as a threat to their current belief system. Even though “red” might make a lot more sense. So all we can do is explain ourselves and leave no room for speculation.

Have the courage, change your mind.

If you enjoyed this article, you can fist bump me on Twitter. 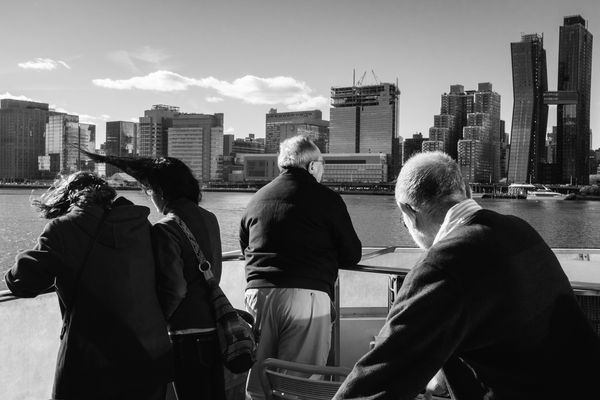